Following an explosive (sorry) introduction to season two, Last Offices comes in swinging with a delightfully multifaceted plot, featuring a genuinely moving examination of grieving processes, prying into government conspiracies, and Jane being deeply relatable about desperately searching for a new hobby when The Depression gets a little too close (I can't judge, I just took up roller skating, and you would look fabulous in a wetsuit).

In the first episode post-Admiral, the mood is understandably tense. Akmazian is being framed for a great number of things, there are secret plots afoot, Urvidian's about two seconds from snapping completely, and Ryan is strangely calm in the face of it all. Of course, that last point is mostly a combination of a well-constructed facade and Ryan's implant working its magic, but for the time being, he's actually doing alright.

This episode means a lot to me for so many reasons, but one of its greatest charms is the gentle connection between Jane and Ryan. In a show often lacking any sort of breathing room, it's a palatable relief to experience a moment of such genuine love and friendship between these two. Jane, offering up her help and sympathy to a bereft Ryan in such a perfect and lovely way, and Ryan actually getting to experience someone caring for him in a way he feels comfortable accepting is so wonderful, even if the circumstances are less than ideal. It establishes how close they become in the future; they get to be each other's anchors, their ports in the storm.

Similarly, Ryan finds himself on fairly familiar footing as both he and Urvidian must reckon with how much control they lose within themselves once life throws an emotional curveball their way. Once their lives are knocked out of balance, Urvidian returns to his unstable relationship with Elaine while Ryan throws himself into his personal White Knight quest without taking proper precautions. They both distract themselves from proper introspection and processing by falling into unhealthy habits, although there would assuredly be much finger-pointing as to whose was actually worse. Also, with the introduction of the Cleo, hints of Ryan's true parenthood start to be revealed.

Without even delving into the dynamic duo that Ryan and Akmazian are turning out to be, the scene with them contains so much depth I'm not sure I'll ever reach the bottom (nautical puns!). Akmazian's little congratulations about Levi's promotion, asking Ryan if he's doing alright at his father's wake, and even the softer edge to his flirting show how much he's grown attached to this little band of weirdos, in spite of himself. They'll definitely get him into trouble, but hell, he likes them so very much.

Also, last thought, Jane Johns can and does look good in every hobby she tries. Just ask anyone with half a brain. "We're already on season two in our relisten, and Soraya is taking on 201: The Trial of Akmazian along with all those zipper sounds." 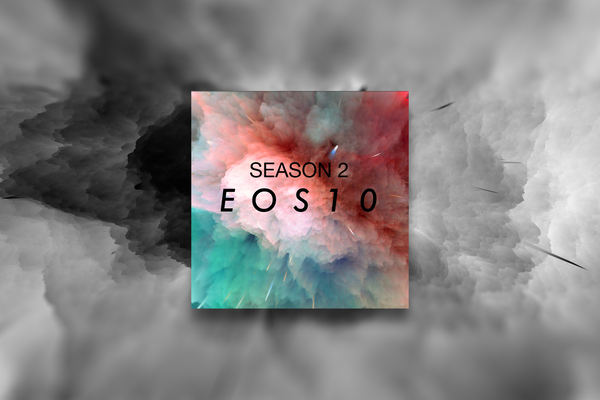