Is love a curse? Who was the wickedest man in the world? How Tarot cards became a thing? These are some of the questions that Enchanted, “podcast on the history of magic, sorcery, and witchcraft” wants to answer with some fun and some serious scholarship, too.

The tireless work of Corinne Wieben,  a Ph.D. in History from the University of California, Santa Barbara and an Associate Professor of History at the University of Northern Colorado, Enchanted is a monthly show exploring the most interesting bits of history’s occult and its most important characters.

Wieben has  covered a lot of ground in the show's first five episodes, from the magic and medicine in ancient Mesopotamia through the Malleus Maleficarum, “the most influential witch-hunting manual in Europe,” to Aleister Crowley and the Victorian occult societies (and how they still hold surprising) influence the way we think about magic and the unknown.

More than just telling a story, Enchanted debunks myths and sheds light to stories that you might think you know something, but rather have just flimsy suppositions. And with the advantage of packing an awful lot of information in episodes that are easy to listen and won’t circle around until they finally get to the part that matters.

Witch trials and with-hunt in Ireland had little to do with actual magic, but power relations and control; Tarot is the result of a plethora of (magical) traditions that have been around for thousands of years; Alchemy was way more than creating gold and its influence can still be felt today. There are some of the broad topics explored by Wieben (and produced by Thomas Ignatius), which also have extensive bibliography for consultation on the podcast’s website in case you need more information or just fell in love with the topic and must further explore it.

New Enchanted episodes come out on the first Friday of every month. Listen on Apple Podcasts and Spotify — or where ever you get your podcasts.

For actor Annie Chang, playing Gwendolyn (aka Glitter) in Heroics, was just a small leap. “I play completely myself,” Chang said, with a laugh. “No, I’m just kidding.” She 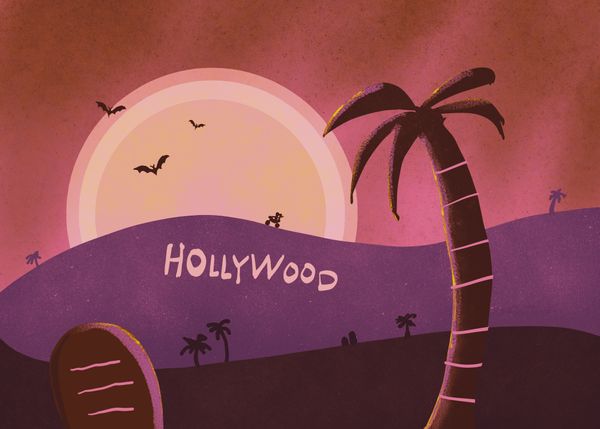 The California sun notwithstanding, these Vampires will take you for a ride around Los Angeles.